Once again, I send a huge thank you to SilverThreading for hosting Writers Quote Wednesday 2015. 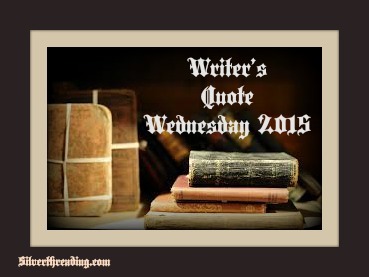 This week in recognition of Black Music Month, I selected the words from a song written by the Father of Gospel Music, Thomas A. Dorsey.

In planning my mother’s funeral back in 1967,  I chose to have “Precious Lord Take My Hand”  as one of the musical selections.  I am among many who have made the same choice.

This song was a favorite of Dr. Martin Luther King, Jr., and he had requested the beloved and famous gospel singer, Miss Mahalia Jackson, to sing it at his funeral.

Years before Dr. King’s funeral, around 1959, I went to see the movie, “Imitation of Life.”  Even as a 15-year-old, I ended up in tears when Miss Jackson began singing “Precious Lord Take My Hand” during one of the lead characters funeral.

When I hear this song it always brings back memories of sad times.  Yet it is my favorite gospel song; and, I am still trying to process why.

To give you further insight on Mr. Dorsey’ s music and life, I share this YouTube video.  It begins with and oral biography on Mr. Dorsey followed by Miss Yolanda Adams, one of today’s most famous Gospel performers, singing her rendition of “Precious Lord Take My Hand.”

“This is the second in a series of three articles, responding to

questions about my childhood and teenage years.”

What was the toy you remember most from your childhood?

I only got toys at Christmas and before January ended, they were either broken or forgotten.

As a child, I spent most of my time playing different games

These activities were easily replaced when lost or broken.

I also read a lot and visiting the neighborhood library every other week brought many new adventures into my life.  I read every book, some more than once, in the Nancy Drew Mystery Series.

Mama struggled for many hours trying to teach me embroidery.  Though, I loved the beautiful pieces she created, I lacked the patience to complete a project.  Maybe, I’ll try this again.

What movie do you remember seeing as a teenager?

Though I saw this movie in 1959, thinking about it still brings tears – “Imitation of Life.”  I remember going to the movie with a friend; and, we both cried throughout the movie.

The film tells the story of a white actress and a homeless black widow who move in together.   The Black mother and her young light-skinned daughter need a place to live; and, the white actress was looking for a live-in childcare for her daughter.

Problems arise years later when the light-skinned daughter decides to past for white and totally rejects her mother.  Despite the mother’s pleas, the daughter refuses to reconcile.  And, after a number of failed attempts to reunite with her daughter, the mother dies from a broken heart.

The funeral takes place — in a large and beautiful church, a Gospel  Choir, a solo by Mahalia Jackson, a long procession with a white horse-drawn hearse just as the mother had requested.   Shortly, before the procession begins the daughter throws herself upon the casket and asked for forgiveness.

Everyone left the theater crying. 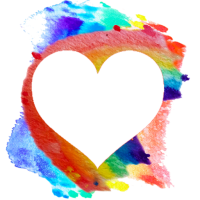 Reflections of an inquiring retiree ...

A Safe Haven for Silent Voices

Trying to live a creative life

Everything Southern California... and sometimes beyond